A Plethora of Peculiar Projects- Part 1 of ? 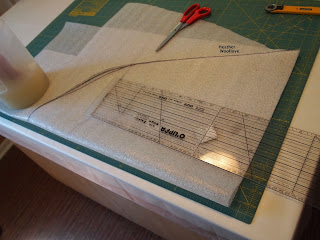 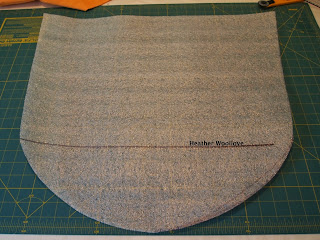 Laying out layers of wool roving, strips of cotton gauze and pre-felt... 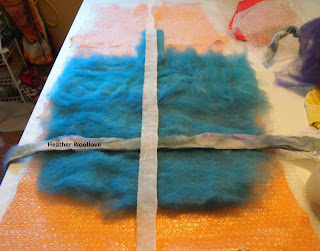 ...with additional wool from a variegated batt. 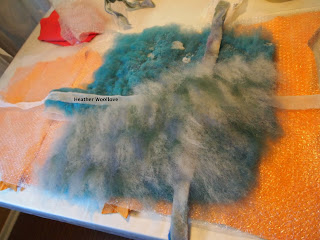 Flipping the resist to side two... 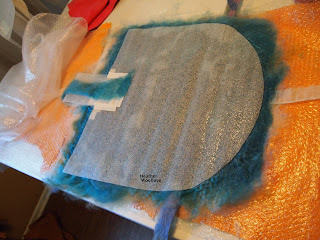 ...and doing it all over again! 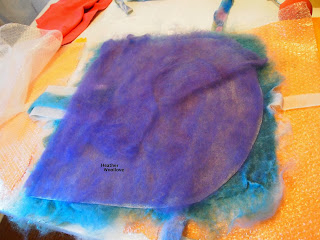 I used the strip of gauze for stability and strength in the handle... 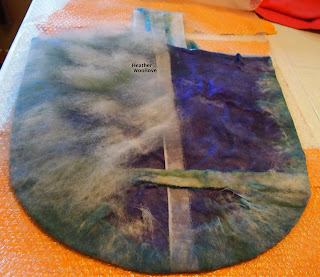 ...and the pre-felt 'rim' or edge to delineate a round bucket bottom. 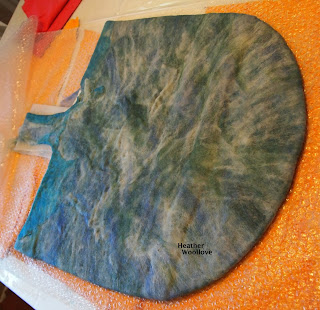 My next set of projects is rather a hotchpotch.

The only common denominator?

They all have something a little strange about them! :)

For those of you who crave completion...

...I apologize in advance.

This first project came about because of a notion of mine...

...(not unusual, although some work out better than others!).

While packing for my class in The Netherlands earlier this summer...

...I thought, "Wouldn't it be great to have a large, collapsible bucket to take with me?!"

So...I endeavored to make one!

I drafted a resist in just the right size...

...and covered it with layers of wool, strips of cotton gauze and pre-felt...

...(for structural support and to give the project it's distinctive bucket shape).

Next time: the idea that almost worked! :)

Posted by Heather Woollove at 2:30 AM

Almost worked?? Can't wait to see this one. LOL

I really love how you put your photos together and show your steps in the process.

It looks like it will become a very useful collapsible bucket!

Sandie...the wait it almost over, but it's more of a 'failed project' than not, I'm afraid!
Jess-thank-you...it's what I always try hard to do.
Rachel-useful, yes...but not exactly lovely, since its original purpose was not to be on display! :(